Your supporters will have 190 characters to get their message across, and all Tweets will begin by tagging the target (@yourtarget). While you can't attach images, you’ve got some interesting options for customizing the message. You can choose to:

As in the above image, you can enter some placeholder text that invites supporters to write their own unique Tweet from scratch.

Write the entire message yourself:

If you want to write a default message (or 5!)  that allows your supporters to just click Tweet, you can enter a complete Tweet, with or without tokens and hashtags. You can load multiple Tweets in the backend of the action and these will be randomly displayed one at a time.

Once you're done customizing your Tweet Action text, you can see a Preview of your campaign action, which should look a little something like this: 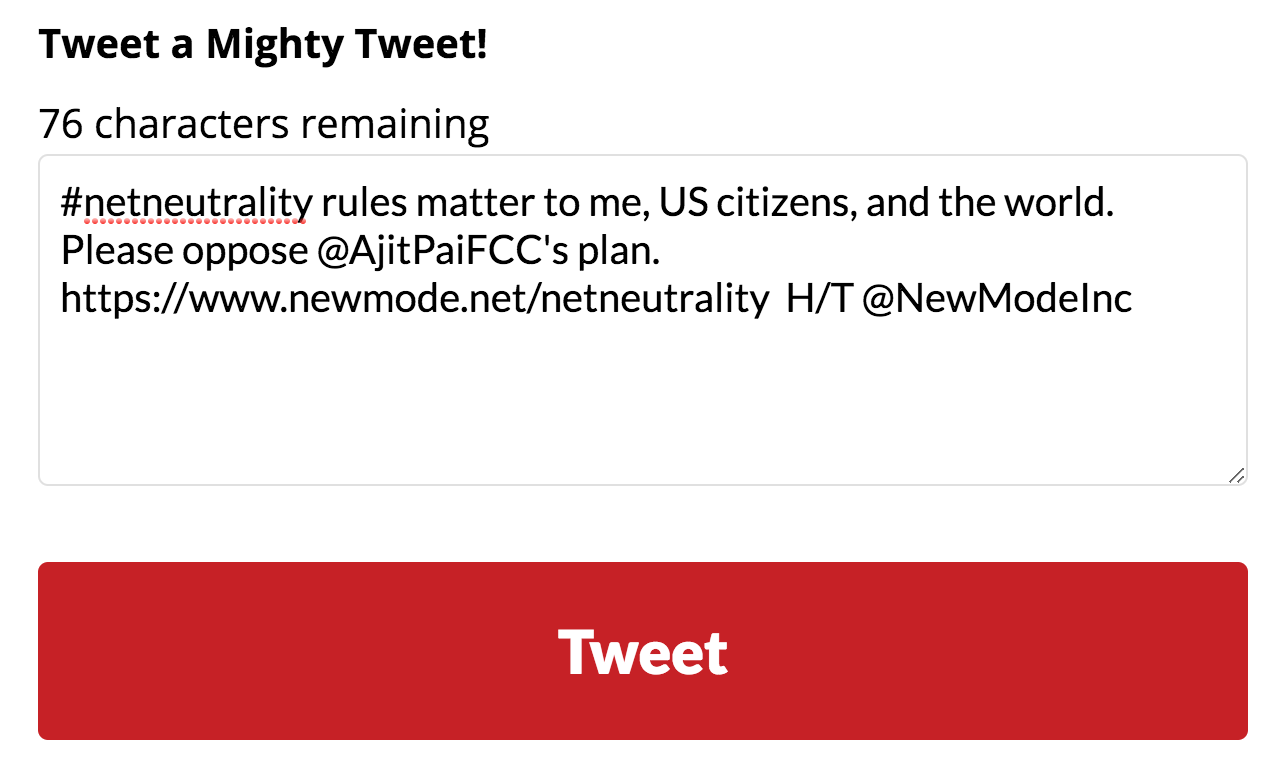 Now that you've got your Tweet storm brewing, clicking Save & Next will take you to your action's Send Configuration...